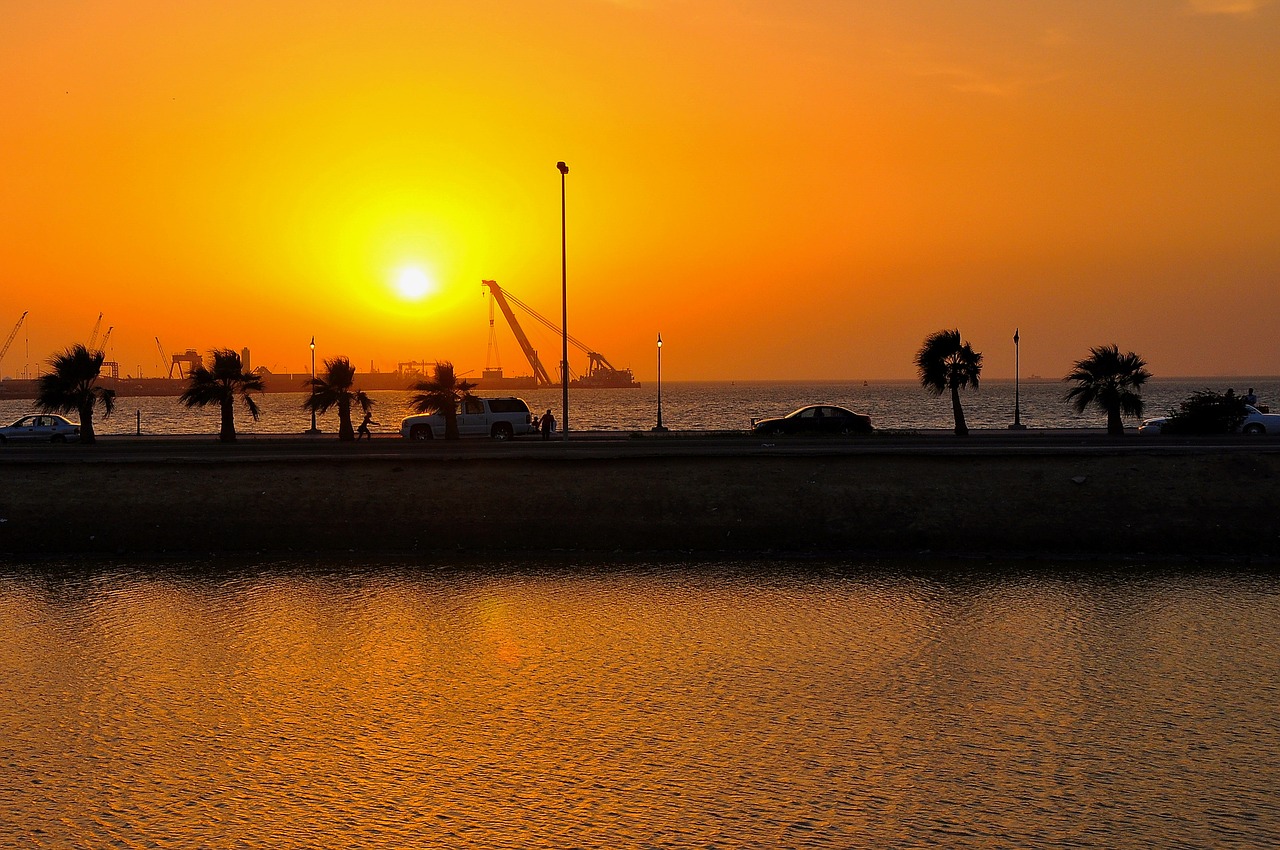 Neom, a Saudi Arabian city that officials call “the world’s most ambitious project” is under construction along the Red Sea shore in Tabuk, a northwestern province. Plans call for an urban center 33 times the size of New York City, with revolutionary innovations in everything from transportation to education to design. Neom is a piece of Saudi Arabia’s Vision 2030, a plan to make the country less dependent on oil and transform its society.

A city of this size, which is being built on 10,000 square miles in the desert, also requires new ways to address the region’s perpetual water shortage—which is exacerbated by a growing population that increasingly demands more water. Neom’s rocky terrain is a challenge, however, for any type of infrastructure; consultants cite the sun and saltwater as the area’s primary natural resources.

To make the city livable, Neom’s architects and planners have been forced to grapple with how to provide clean water to future residents. One proposed solution, “cloud seeding,” has raised eyebrows among skeptics who also wonder whether Neom’s proposed flying taxis and glow-in-the-dark sand beaches will become reality.

However, recent scientific research shows that cloud seeding might actually work. The technology is based on the concept that some molecules make a strong foundation for snow, a discovery made in the 1940s. One chemist even famously dumped six pounds of dry ice from an airplane flying over Western Massachusetts, causing it to snow.

Everyone from state municipalities to ski resorts has tried this technique as well. Some use snow seeding machines to create smoke that wafts into the air, while others use planes to fly into storms or drop flares into a cloud. Each technique “seeds” clouds with silver iodide, which creates snow, rain, or ice because freezing water vapor easily attaches to the compound.

Saudi officials recently announced plans to complete the world’s first solar-powered desalination plant, a “solar dome” that removes salt from ocean water and creates potable water. Work on the plant began in early February and should be finished by the end of 2020. Plans call for a carbon-neutral facility which, if successful, could significantly impact future water desalination projects in the Middle East.

The solar dome is designed to produce a lot of fresh water cheaply—estimates price it at 34 cents per cubic meter, much cheaper than other desalination efforts in the region. While standard desalination plants use reverse osmosis to extract salt from water, a process that requires a significant amount of energy, this facility will use energy stored from the sun. This solar-powered process will cost less and have less impact on the environment.

Thanks to its solar energy stores, the Neom water desalination plant can run at night. Researchers say its technology also will create less brine—a high-salt substance that often is returned to the sea and harms marine life—and will not discharge it into the ocean. Cranfield University in the United Kingdom developed the plant’s concentrating solar power (CSP) technology, which pumps seawater into a glass-and-steel dome, where it becomes fresh water through a process of superheating, evaporation, and precipitation. This will be the first time CSP technology has been used in large-scale water desalination.

Officials have praised the project, noting that it supports the country’s goals for sustainability. The project will remain “drought-proof,” as it needs only sunlight and seawater to work.

“This type of technology is a powerful reminder of our commitment to supporting innovation, championing environmental conservation and delivering exceptional livability,” Neom CEO Nadhmi Al-Nasr recently told a media outlet. “Working together with the Ministry of Environment, Water, and Agriculture, we can expand the implementation of this technology beyond Neom.”

If this plant is successful, it will bode well for other Middle Eastern countries looking for better ways to provide fresh water. Not only would solar dome technology open up new sources of fresh water, but it would do so in a cost-effective and environmentally friendly process.

Some parts of Neom already have been built, including an international airport—its first flight landed in June 2019. Other aspects, such as a giant artificial moon and flying taxis, remain on the drawing board.