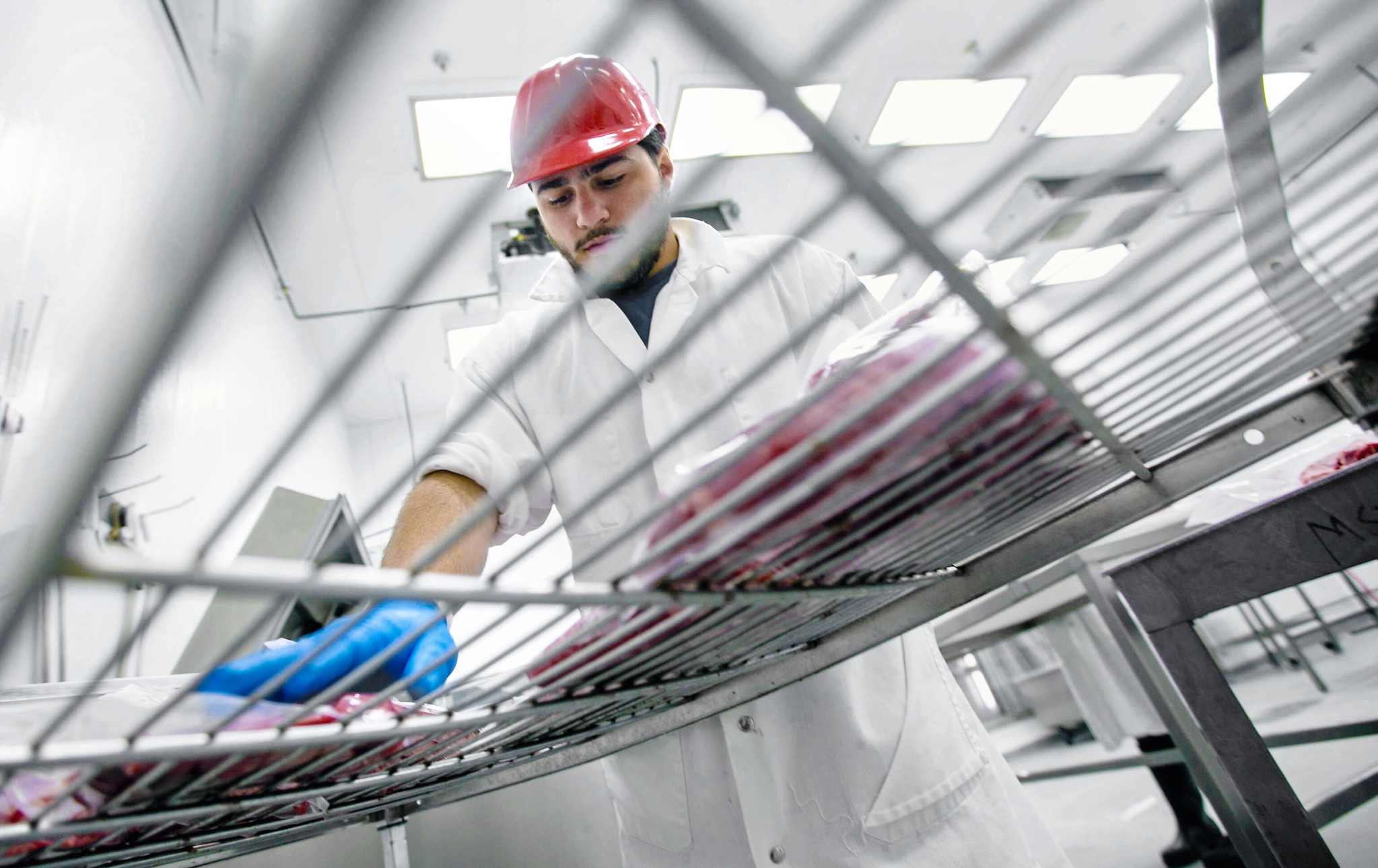 The COVID-19 pandemic has made it clear that the Middle East must explore innovative options to make its food supply more self-sufficient.

As transportation shut down in 2020 in attempts to stop the spread of the coronavirus, countries that rely on imported food especially struggled, as did the exporters of those goods. For example, an article published last year in the Mumbai Mirror noted that Mumbai produce exporters saw their business decrease by 25% when flights to the Middle East and Europe were cancelled. When air transport did resume, charges had almost tripled. The cost of sea transport was also prohibitive.

Meanwhile, the World Bank reports that food prices rose almost 20% in the last year due to the pandemic wreaking havoc on global supply chains. In many countries, high price inflation at the retail level was a particular problem. In general, higher food prices hurt people in low- and middle-income countries more, because they must spend more of their income on food than people in wealthy countries.

While countries in the Middle East/North Africa region can grow their own food, land suitable for agriculture is extremely limited. According to a United Nations report providing an agricultural outlook through 2027, one third of the region’s land is usable for cropland and pastures, but only 5% is arable (usable for crops). The remaining land is desert or urbanized. In addition, about 40% of areas where crops can be grown need irrigation, and water is scarce in this desert region.

Many Middle Eastern countries have become dependent on India, Europe, and other exporters for food. In 2015, for example, about 11,000 tons of fruits and vegetables were imported into Dubai per day in 2015, and the Khaleej Times reported that in 2017, up to 85% of the food in the UAE was imported.

While vertical farms and water solutions, such as desalination plants, have increased the agricultural production in Middle Eastern countries, leaders are looking for more innovative change. In fact, in 2020, the CovHack Virtual Innovation Challenge invited “MENA changemakers” to submit ideas about how to improve the global food supply chain.

Many experts see technology as the future of food, as high-tech solutions can promote efficiency in food production and create higher-quality food. Some of the more innovative ideas being explored include growing meat, including fish, from cells. While plant-based meat items such as vegan burgers and sausages have skyrocketed in popularity, scientists in labs around the world are cultivating meat in hopes of decreasing the need for industrial animal agriculture.

The process begins with scientists removing stem cells from a living animal’s muscle while the animal is anesthetized. Then, the cells are mixed with nutrients, PH buffers, salt, and growth factor, which causes them to multiply and create new muscle, or meat. The possibilities are overwhelming—according to Mosa Meat, a lab-grown meat start-up, one cow’s tissue sample can make enough muscle tissue for 80,000 hamburgers.

However, these innovators must also figure out how to make production and distribution of these meat products cost-effective. In 2013, journalists were invited to try a lab-grown burger that cost more than $300,000 to make. Despite the high price, the burger didn’t have enough fat and was too dry. Expenses for lab-grown meat have dropped astonishingly, though—now, the price per pound hovers around $50. However, even this price cannot compete with the cheaper costs of traditional meat or plant-based protein options.

Still, with improvements to taste and government approval for consumption, innovators hope their products will reach markets soon. And the forecast is bright for cell-based meat. The market research firm MarketsandMarkets estimates that the global cultured meat market will be worth USD $214 million by 2025 and $593 million by 2032. The consultancy AT Kearney meanwhile estimates that by 2040, more than one-third of all meat will be grown in a lab.

The benefits to the environment could be significant, as one study determined that lab-grown meat creates as much as 95% less greenhouse gasses than industrial farming and uses 98% less land. Additionally, lab-grown meat does not require the slaughter of animals and significantly reduces animal suffering.

Several start-ups have received significant funding to develop lab-grown meat, including BlueNalu, an American company that produces seafood products from fish cells. In addition to the $60 million in debt financing BlueNalu received in 2020, the company has raised $20 million in Series A funding and $4.5 million in seed funding. With this influx of cash, BlueNalu plans to open a 40,000-square-foot distribution center, start marketplace testing in the United States, and complete a regulatory review with the U.S. government of its first products.

BlueNalu plans to first produce mahi mahi, followed by premium bluefin tuna. Prince Khaled bin Alwaleed of Saudi Arabia, whose firm KBW Ventures is investing in the company, said that he is a strong believer in food tech ventures and their potential to sustainably address global food security issues.

“The future of food, propelled by technology and research, is now on government agendas,” Prince Khaled recently told Entrepreneur. “The climate crisis and the awareness around how much damage factory farming is causing has also grown exponentially due to the pandemic. These elements all contributed to new awareness and increasingly warm sentiment around food technology and the solutions it provides.”

While BlueNalu is looking toward a global market and is building partnerships with companies around the world, Prince Khaled stated that the Middle East “figures heavily” into the company’s plans, because many people in the region like to eat meat and seafood.